Property firm One Agency on the move to new HQ 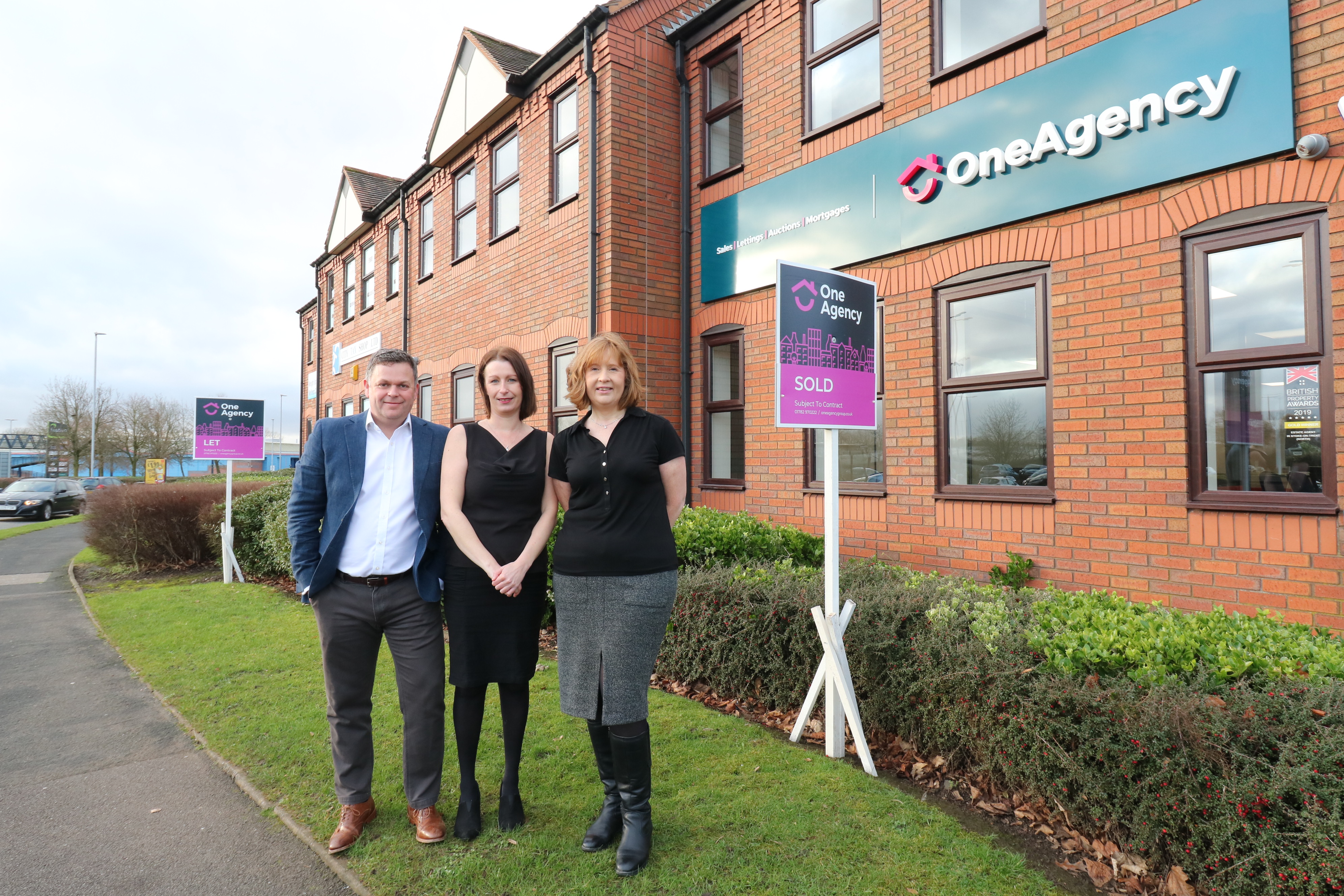 Property company One Agency has relocated to a new premises less than a year after launching.

Dean Reeves founded the estate agency in May last year after clocking up more than 20 years at Butters John Bee.

Now he and property experts Aimee Hughes and Fiona Morris have relocated to their own building on Festival Park in Stoke-on-Trent as they gear up for a busy year.

Managing director Dean said: “It was always our intention to have our own office, but we didn’t want anything in the town centre, we wanted somewhere that was really accessible to everyone.

“The main areas where we operate in are Stoke-on-Trent, Newcastle, the Staffordshire Moorlands and South Cheshire, so we want this to be a central hub where people from all of those areas can come to us.”

One Agency’s new headquarters boasts two private offices – which double up as meeting rooms – and an open plan seating area which can accommodate a growing number of staff.

The One Agency team has been recognised with a Gold award at the 2019 British Property Awards. From left is Aimee Hughes, Dean Reeves and Fiona Morris

Dean said: “A lot of work has been done on the building, we are getting new signage and there is lots of potential to add more staff. We have got plenty of office space and plenty of room to expand even more, which is what we want to do.”

One of the biggest achievements for the company over the last nine months has been recognition at the 2019 British Property Awards where it was awarded Gold for Stoke-on-Trent North.

Dean said: “Last year people were a bit reluctant to put their properties up for sale, but already we are seeing more houses come onto the market and it seems like people just want to get things moving now.”

“We are answering the phones from 8am to 8pm because our business is built on customer service, so to be recognised for our hard work such a short time after launching is a real achievement.”

Over the next 12 months Dean and the One Agency team have plans to continue to build the company brand and eventually expand geographically.

Why not pop into our office and have a chat to one of our team about selling, renting, buying or letting your property.