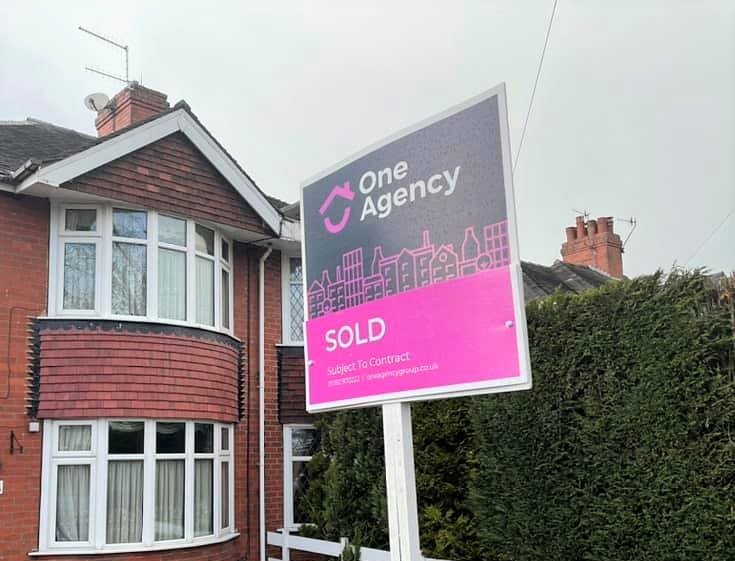 An all-time record high of one in three properties sold for more than the original asking price last month.

This is according to the latest market snapshot from NAEA Propertymark, released this morning.

The exact proportion - 32 per cent - is twice that proportion recorded a month earlier and is the highest figure on record for the organisation, beating the previous all-time high of 19 per cent back in May 2014.

The Propertymark stats also suggest that the average number of house hunters registered per estate agency branch was 427 in April, an increase from 409 in March - and the highest figure for the month of April since 2004.

The number of properties available per member branch stood at just 27 in April, falling from 31 in March. This figure is the lowest recorded since December 2002 when 25 properties were available per branch.

OneAgency offer expert advice if you are thinking of selling a property, there has never been a better time in this fast moving market. We cover Stoke-on-Trent and surrounding areas and we are rated 5 stars on Google!