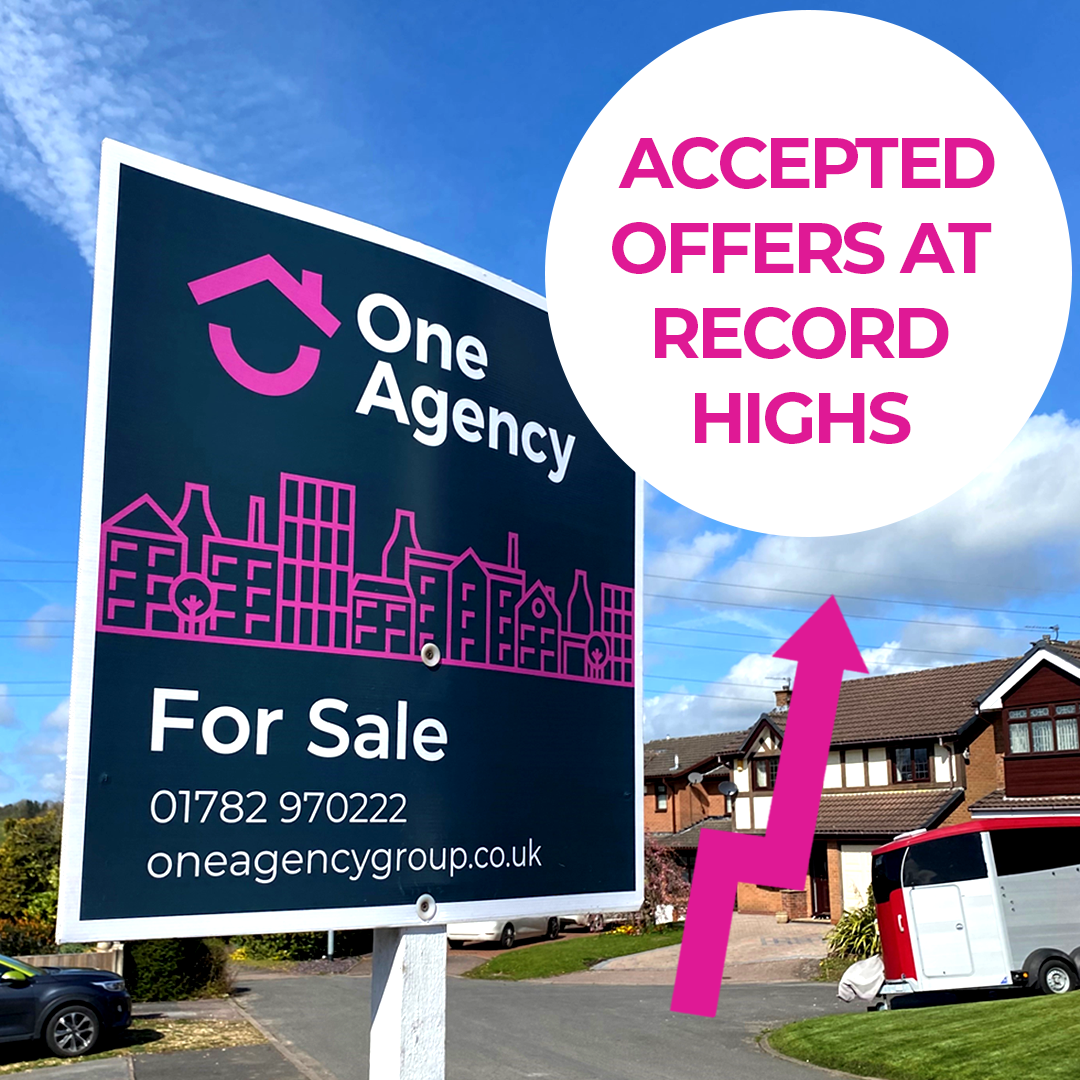 The proportion of offers accepted at or above asking price has hit a record high, research shows.

The latest Propertymark Housing Report, based on member agent activity in March, found 84% of sellers last month accepted offers either at or over the value they listed at.

That is the highest figure since the survey began in September 2013.
The report found that while stock remains low, there are signs of a rise.
The average number of properties listed per member agent branch remained fairly steady at 22, compared with 23 in February.

New instructions to the market continue to be high at an average of 10 per member branch, showing an increase in supply since the new year.
Demand continues to increase though, with the average number of new potential buyers registering at each member branch increasing from 67 in February to 84 in March - returning close to the January high of 100.

Sales agreed are also up from eight per branch in February to 10 in March — slightly above the long-term average for March of nine.
The proportion of monthly sales to first time buyers stayed strong at 30% of overall sales in March.

This is down on February’s figure of 37% but still above average for the post-2020 lockdown period of 25%.

Nathan Emerson chief executive of Propertymark, says: “Our March figures show a range of new activity as the spring market makes itself known.

OneAgency offer free valuations to find out how much your home is worth. We cover the whole of Stoke-on-Trent, Staffordshire and surrounding areas. Simply arrange a valuation on our website, or simply call us on 01782 970222.